PEXIM Alumni Damjan Denkovski at the UN Office in Geneva 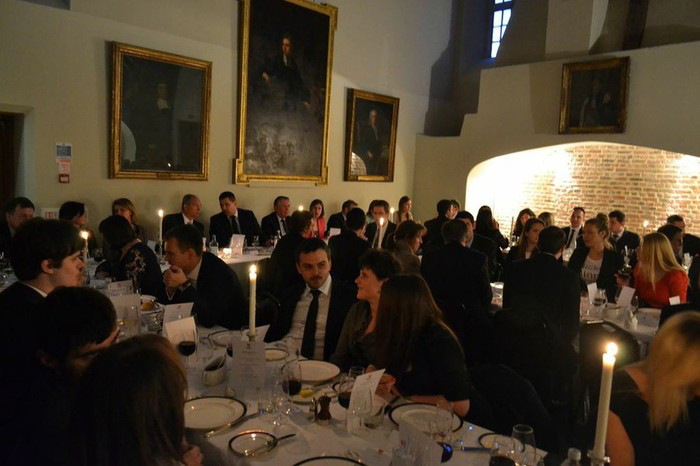 In coordination with the British-Serbian Chamber of Commerce (BSCC), PEXIM scholars and alumni are organizing a third annual dinner and networking event at Trinity College on the 8th May 2014.

Several distinguished guests will attend the dinner, such as Sir Paul Judge, principal benefactor of the Cambridge Judge Business School; Mihael Petreski, Founder and President of PEXIM Foundation; Helen Pennant, Director of Cambridge Trust; representatives of the Government of Serbia; members of British – Serbian Chamber of Commerce; representatives of British multinational companies that have their presence in Serbia; and others.

The main focus of the event will be on students from Serbia and Macedonia, currently studying in Cambridge, but hopefully going back home after their studies. PEXIM’s idea is to invite as many important people as possible, from different areas and disciplines, enabling the students to make contact with them, get an interview or ideally a job offer. Therefore, Cambridge students from Serbia and Macedonia are invited to express their wishes and suggestions in terms of representatives form different companies, institutes or faculties that they would like to meet and the Foundation will give its best to bring them.

The dinner will be followed by scientific lecture and event on the 9th May 2014, devoted to marking the First World War centenary and long lasting Serbian-British friendship.