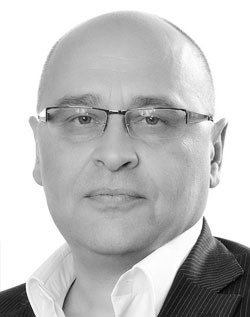 Igor Pavlica graduated from the University of Belgrade in Electrical Engineering as BSc Electrical Engineer. He started his professional career at the Institute of Microwaves IMTEL in 1988 as an Engineer, before becoming Chief of Department, and finally Project Manager. He joined the Saga company in 1992, where he became co-owner and CSO.

Mr Pavlica has initiated and developed numerous programs and solutions for Telco/Carrier providers and operators, financial and other institutions that made Saga one of the leading companies in the Serbian market. He developed and implemented operational policies and procedures to ensure that marketing activities meet technical, administrative and fiscal guidelines and provided effective management and evaluation of the sales activities.

Under his leadership, the Sales Department has made a major contribution to the development of the entire company, which has grown into one of the largest IT companies in the region, and since 2005, it has been the system-integrator number one in Serbia. In 2012, he was appointed CEO of Saga and in 2015 a member of the Steering Committee and Advisory Board.

Mr Pavlica has a long-term business experience with top level managers of domestic and multinational companies and political officials. He has received many awards and recognitions, and is the Member of the board of the Information Society of Serbia, and many other business and professional organisations.