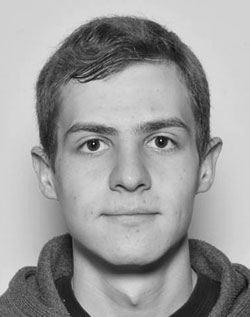 After graduating from the University of Cambridge, MPhil in Advanced Computer Science, Emil interned at Royal Dutch Shell in London as a Data Analyst for 3 months. Afterwards, he returned to Serbia where he started working as a Software Engineer at RT-RK.

Prior to his studies at the University of Cambridge, Emil Maid graduated from the Faculty of Electrical Engineering, University of Belgrade with a GPA of 9.62. During his studies he worked at SOL d.o.o., Microsoft Development Center in Serbia and the NVidia Corporation as a Software Engineering intern, as well as a Student Assistant at his faculty. He represented his faculty at regional competitions, such as RoboMac 2016 in Macedonia, where he won first place in the category “Artificial Intellgience” and Elektrijada 2014 where he won first place in the category “Physics”. During his middle school and high school years Emil participated in national competitions in Physics, Mathematics and Chemistry, as well as representing Serbia in international competitions IJSO 2010 and RMPh 2013 on which he was awarded silver medals. He graduated from the Mathematical Grammar School in Belgrade with a GPA of 5.0 as a candidate for the Student of the Generation award. Emil earned an MPhil in Advanced Computer Science at the University of Cambridge as a member of Homerton College. He is interested in specializing in the field of Artificial Intelligence and is considering establishing a company for the research and application of intelligent systems.