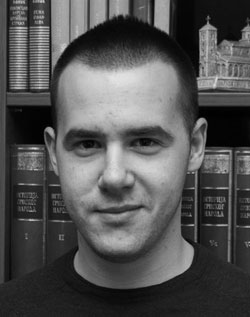 After his graduation at the University of Cambridge, Nikola was elected to be Serbian UN Youth delegate and has been appointed to status in line with an advisor on questions of Youth to the Permanent Mission of the Republic of Serbia to the United Nations.

Prior to being selected as a PEXIM scholar, Nikola finished Legal and Business High School in Belgrade, where he was awarded the title of the best Orator in the country among high school students at the 15th National Competition in Oratory organised by the Serbian Ministry of Education. Further on, he enrolled and graduated from Faculty of Law, University of Belgrade in 2015 with the GPA 9.97. Throughout his undergraduate studied, as an active member of student community, Nikola was elected to represent students in the University's Student Parliament. He organised a series of events starting from less demanding such as panel discussions, debates, study trips up to the formal commemorations and honouree ceremonies with the highest officials in the state. Inspired by the great legal thought of Hugo Grotius, Nikola decided to attend a number of international law summer schools, moot courts, seminars and conferences. After graduation, he set up the SAMS Rhetoric School at Law Faculty, while also working as a lawyer trainee at Pejic Law office.