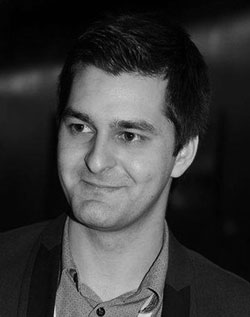 Since his return from Cambridge to Serbia, Stefan worked as a Bioinformatics Analyst at Seven Bridges Genomics, Belgrade and as a Bioinformatics Engineer at Persida, Belgrade. Currently, he is doing a PhD in Computational Biology at Carnegie Mellon University and University of Pittsburgh, in Pittsburgh, PA, USA. His research interests are systems biology, cancer-related signalling pathways, automation of scientific research, and biomedical applications of machine learning.

He graduated from the University of Belgrade, Faculty of Physics with GPA 9.5, after completing the Mathematical Grammar School (Belgrade). Throughout high school, he won several medals in international Olympiads in Astronomy and Science. Afterwards, he joined the National Astronomical Olympic Committee as an instructor, and later as programme coordinator. During the summer holidays prior to his studies at Cambridge, he did research internships at prestigious scientific institutes abroad: Weizmann Institute of Science (Rehovot, Israel) and CERN (Geneva, Switzerland); and in Serbia as well: Institute of Physics, Belgrade.