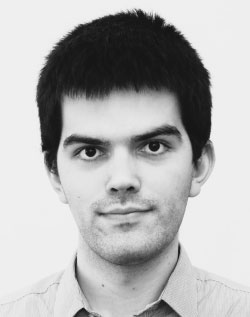 Since his return, Stefan has been working as an analyst in the Ministry of Public Administration and Local Self-Government on public sector reform. After that he moved to work in the Office of the Prime Minister of the Republic of Serbia on projects that focus on improving the IT and Innovation ecosystem in Serbia, and that are helping transform Serbia into a knowledge-based economy. Some of the key projects that he works on are developing the network on Science and Technological Parks in Serbia, startup ecosystem and research and innovation in artificial intelligence field.

Prior to his studies at the University of Cambridge, he finished the Mathematical Grammar School in Belgrade and graduated from the University of Belgrade, Faculty of Physics. He won numerous awards in national competitions in Physics and Astrophysics including a bronze medal in 2010 in the International Astronomy Olympiad. During his studies he studied and did internships at the University of Utah and IFW Dresden. His work from internship was awarded for the Best Paper in Environmental Sciences at the American Nuclear Society Student conference.

Alongside academic work Stefan actively competed in debating, winning a couple of tournaments and participating in ¼ of World University Debating Championships. As an active student leader, he was elected president of the Student Parliament twice and served a term as a Student Vice Dean at the Faculty of Physics.