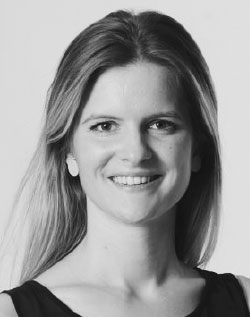 After her return, Valentina worked as a junior advisor to the Deputy Prime Minister of the Republic of Serbia for two years and as a chief analyst in an economic think-tank for a year and a half. She recently joined the start-up scene in Serbia by establishing a brand of high-quality artisan nut spreads called Nut Enough.

Previously, Valentina successfully completed her MPhil (Finance) studies at the University of Cambridge Sidney Sussex College in June 2014. Prior to that she graduated from the Faculty of Economics (Finance, Banking and Insurance), University of Belgrade, with GPA 9.67. Amongst her past achievements, it is worth emphasising that she received the Vienna-based CEEPUS scholarship in 2011 to attend a semester at the University of Economics in Krakow, Poland; she took the summer course "Banking and Financial Crisis" at Nyenrode Business University in Holland where she led a team that won a banking simulation game; and she participated in a similar simulation run by the Sberbank of Russia. Valentina worked as an intern (assistant auditor) for Ernst & Young and in USAID's Business Enabling Project.