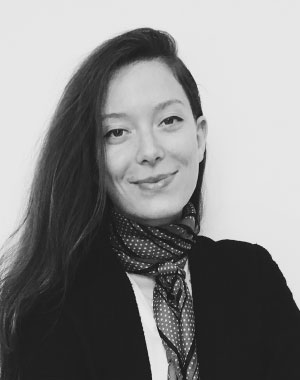 Jelena returned home to accomplish the goal she set during her PEXIM scholarship interview in 2016 – to assist Serbia in joining the World Trade Organization. She became part of the Prime Minister’s team working on the country’s accession. To further accelerate the process, she moved to Geneva to support the WTO Secretariat’s work on Serbia’s accession.

Prior to becoming a PEXIM scholar, Jelena graduated from the Faculty of Law (University of Belgrade) as one of the top students. Whilst earning her undergraduate degree, she spent a year abroad studying international and European Union law in both Spanish and English at the University of Deusto (Bilbao, Spain). Throughout her academic career Jelena won many accolades: Second Best Speaker at the Moscow Pre-Moot, placement in the quarter-finals of the Vis International Commercial Arbitration Moot Court, Harvard Club of Serbia's “Čedomilj Mijatović” Award Recipient, First Place and publication for her paper on Business and Human Rights at the competition of the Mirko Vasiljević Foundation.

During her studies, she chaired and acted as a delegate at seven Models of United Nations, most noteworthy of which was leading the delegates of the Human Rights Council at UNOG in adopting a resolution that established a new human right – the right to access to energy. Jelena spent her summers gaining additional knowledge at the Universities of Geneva, Paris II Panthéon-Assas and Ljubljana; as well as interning at Schönherr law office and the Intellectual Property Office of the Republic of Serbia.

Parallel with her undergraduate studies, Jelena was part of XXI generation of the Belgrade Open School Future Studies programme, participant of the Applied Diplomacy programme of the European Movement in Serbia and scholar of the Regional Academy on the United Nations. She is fluent in English and Spanish, has advanced knowledge of French, and elementary of Russian.