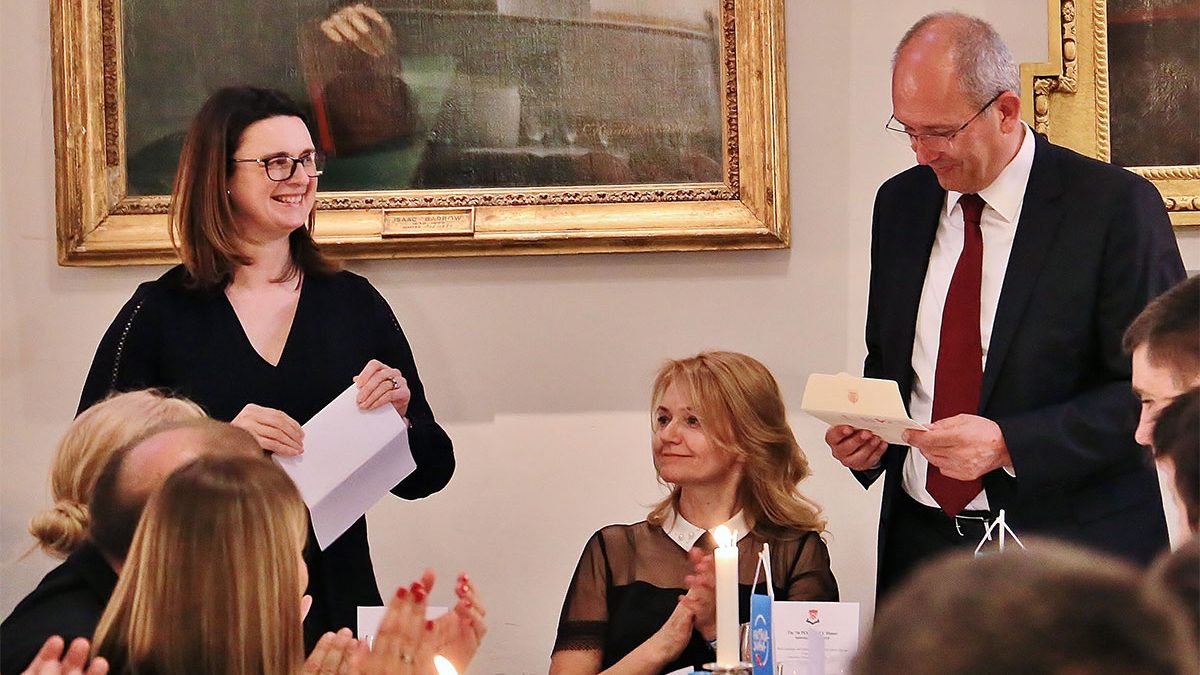 Professionals from the University of Cambridge, “our world-class knowledge becomes available in our homelands when we return and contribute”

Despite the high rate of brain drain, initiatives such as the Pexim Foundation’s scholarship program give a clear indication that philanthropy has remarkable effects on the socio-economic development of countries in the Balkans.

On 5th May 2018, the 7th gala networking dinner was held at the University of Cambridge in partnership between the PEXIM Foundation and the British-Serbian Chamber of Commerce.

More than 70 eminent guests originating from Serbia, Macedonia and the UK had the opportunity to connect and exchange their business and academic experiences. They enjoyed themselves in the pleasant ambience of Trinity College and the University of Cambridge during the event.

The Dinner was attended by undergraduate and postgraduate students from leading universities in the UK (primarily Cambridge, Oxford and LSE), renowned businesspeople from Serbia and Macedonia who are successfully dealing in the UK market, the representatives of the diplomatic corps and the British-Serbian Chamber of Commerce, as well as the business, cultural and academic diaspora of Serbian and Macedonian origin who work and live in London, while still intensively cooperating with their countries of origin.

The PEXIM Foundation, with the logistical support of the British-Serbian Chamber of Commerce, has organised its networking dinner at the University of Cambridge every year since the spring of 2011.

The aim of the event is to provide a platform for connecting successful people: the talented young people from the Balkans who are studying both natural sciences and humanities at the top UK universities, hoping to contribute to the economic development of their communities, and the professionals from companies which aspire to expand in the markets of Serbia and Macedonia and are hence looking for qualified new employees and transfer of innovation.

In nine years of its existence, the PEXIM Foundation, in cooperation with Cambridge Trust, has supported 28 students from Serbia and Macedonia with scholarships from the University of Cambridge, with the total investment amounting to over one million euros.

The Foundation provides its scholars with support so that upon returning to the country of origin, they can make their knowledge and international experience available to the corporate or the public sector in Macedonia or Serbia.

Despite the high rate of brain drain, initiatives such as the PEXIM Foundation’s scholarship program clearly indicate that philanthropy has remarkable effects on the socio-economic development of countries in the Balkans.

The event at the University of Cambridge was put together owing to the support of NIS as a general partner. The company is already renowned for its “Energy of Knowledge”, a talent program which provides scholarships for high school students and students who achieve world-class results in global competitions in mathematics, physics, chemistry and Russian language.

The gala dinner was also supported by the companies Microsoft and Persida, which are dedicated to innovation in information technology.

During the event, the guests were addressed by Mihail Petreski, President of the PEXIM Foundation; Tijana Gajić, President of the Alumni Branch of the PEXIM Foundation; Radivoje Stojković, President of the National Education Council; Jasmin Kjahil, Charge d’Affaires of the Embassy of the Republic of Macedonia in the UK; Vesna Verčon Ivić, Consul of the Embassy of the Republic of Serbia to the UK and the representative of the general partner of the event, Jelena Popara, Director of Internal Audit at NIS a.d.

In addition to the distinguished speakers, the event was attended by Sir Anthony Jolliffe, President of the Smart Pensions Management Board; Bojan Rošić, Manager of the Team for Employment, Public Relations and Community at Microsoft; Aleksandar Mihajlović, General Director at Persida; Marin Gavrilovski, Director of the British Business Group in Macedonia; as well as representatives of the diaspora from Serbia and Macedonia living in Great Britain.

Mrs Vesna Verčon Ivić, Consul of the Embassy of the Republic of Serbia in the UK, addressed the PEXIM-BSCC Dinner guests on behalf of the Embassy. She stated that it was a great honour to be at the eminent college and expressed her gratitude to all the parties that help the PEXIM Foundation fulfil its goals. The Serbian Consul invited the students and the Foundation members to reach out to the Embassy of Serbia for any assistance needed in the UK.

In order to increase the effect of support for young people, it is necessary to tie together three different factors: the most relevant knowledge from top universities in the world; the needs of high-tech and export-oriented companies from Serbia and Macedonia for the best personnel, and the upgraded business environment. In establishing such a stimulating environment it should be constantly publicly emphasised to what extent global knowledge and leadership skills of people from the Balkan area are indispensable in the global innovation race.

The PEXIM Foundation with its partners serves as a brilliant example of how initiatives by dedicated individuals contribute to the socio-economic development of entire communities.