Live from Shanghai: Webinar on International Education and Entrepreneurship 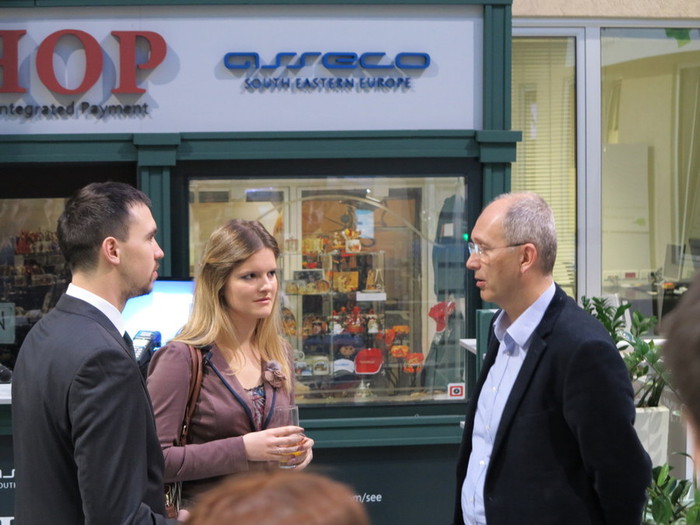 PEXIM Cambridge Scholarship Programme for the most talented students from Serbia and Macedonia enjoys full support of the British-Serbian Chamber of Commerce (BSCC) – this was the conclusion of the networking event between PEXIM Alumni and Sir Paul Judge, Chairman of the BSCC. From its establishment, three years ago, the PEXIM Foundation invested more than 350,000 EUR through PEXIM Cambridge scholarships for 12 students, and the agreement was reached with BSCC representatives to continue working on raising the visibility of Serbia at the Cambridge University.

“Following extremely successful British-Serbian dinner at Trinity College, Cambridge, last year, which was, besides Serbian students, attended by the Serbian Ambassador to UK, British Ambassador to Serbia and Director of the Cambridge Overseas Trust (COT), we have decided to repeat this event in May this year”, stated Sir Paul Judge.

“By supporting particularly talented Serbian and Macedonian students to complete prestigious Master studies in Cambridge, we aspire to form leaders who are prepared to invest their knowledge, experience and skills in advancement of their country in order for it to become more competitive in the global market”, explained Mihail Petreski, the President and Founder of PEXIM Foundation, and added “the Government of Macedonia is trying to utilize the skills of PEXIM scholars to the maximum – one of them is Advisor to the President of Macedonia, and two are Advisors to the Deputy Prime Minister.  This is the concept that the Foundation will try to replicate in Serbia, where PEXIM scholars are currently working mostly for major international companies present in the country”.

During the event, all of the PEXIM Alumni had a chance to speak and explain what their professional life is like after returning to their home country.

The event was held on 4 March, in the PEXIM Foundation’s offices in Belgrade, and gathered PEXIM Alumni from Serbia and Macedonia and members of the BSCC Board of Directors.